Light sesame oil is recommended for salads, and dark for other types of preparation (has a stronger taste). Also, light sesame oil, even unrefined has very little flavor. It’s not common cooking oil in the USA. You can purchase it in some stores but I prefer to buy it on Amazon. 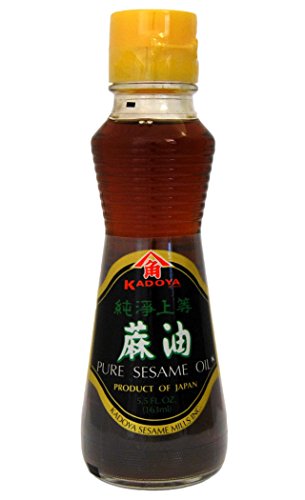 Kadoya sesame oil is pretty popular and I must admit a real high-quality. It has a rich smoky flavor, comes packed in various sizes but I prefer small bottles which are very convenient to use and store.

If you decide to purchase it you won’t regret it because it definitely pays to have it on the spice shelf.

Numerous antioxidants and healthy ingredients from sesame seeds are also found in the oil.

All the benefits of sesame oil are hidden in its natural composition. It is rich in omega 6 unsaturated fatty acids. In addition, it contains a high content of vitamin E, which has a strong antioxidant effect. Also, it is full of other vitamins like A, B1, and B6 and vitamin K; the minerals manganese, copper, and calcium. Folic acid has a significant share, but it contains linoleic and oleic acid, too. Because of its properties, it is often called “vitamin E in liquid form”.

All this in just one tablespoon of sesame oil? Yes – the cold-pressed one.

Why Should You Choose Cold Pressed Sesame Oil?

All cold-pressed oils are of top quality because they are obtained without any heat treatment – by pressing cold raw seeds, in this case, sesame seeds. During the refining process, oils lose their natural properties; while those obtained mechanically, by the process of cold pressing, preserve all the useful elements. They stand out for their quality, pleasant smell, and unique taste unlike industrially produced oil, which must go through at least 6 stages of refining.

Is Sesame Oil Good for You?

This oil together with its seeds protects our body by feeding it with the necessary micronutrients. It has a wide range of preventive and curative properties.

Just one tablespoon of sesame oil a day will serve as a prevention of thrombus formation. It has been used for centuries as a remedy against constipation and bowel cleansing. It alleviates numerous infections of the body and successfully treats hemorrhoids.

Sesame oil has an extremely pleasant smell and taste and gives a special aroma to the food. It has high oxidative stability.

Cold-pressed light sesame oil can be used for frying food because it has a smoking point of 350 degrees. You can add it to salads, fish, and vegetables, but they are a pretty common addition to healthy sauces, too.

It’s traditionally used in the cuisines of the Far East, China, and Korea.

Sesame oil is maybe most often used in the broth-based dishes – dominantly beef broth soups. Maybe the most popular is Pollack soup.

Like I said above dark or toasted sesame oil has a stronger taste and is added to dishes just before the end of cooking. Its taste goes well with apple cider vinegar when spicing up boiled potatoes and carrots. In Far Eastern cuisines it is combined with umeboshi plum and fresh ginger.

From my own cooking experience, it’s very convenient and healthy. It takes well thermal processing. If you find dark sesame oil too intensive for cooking, feel free to mix it with a light one. If you ask me, it goes great with zucchinis.

On the other side, my wife uses it only when making Chinese food. She says it must not dominate the flavor, but instead only to give the shade to the taste. That’s why she mixes it with other cooking oils. She prefers using sesame oil when making chicken in a wok but it works well with Chinese spaghetti with vegetables, too. It is so flavor intensive, that it should be used sparingly. That means adding just a drizzle of sesame oil at the finish, after the heat is turned off, rather than cooking in oil.

It is resistant to high temperatures. It does not go rancid because it contains a high content of natural preservatives – sesamol and sesamolin.

The best way to keep it good is in the refrigerator, or in a cool dark place. If you have a space that is cool and not exposed to sunlight, you can store sesame oil for more than a year.

Sesame (Sesamum indicum) is a favorite food of oriental and North African peoples, and its healing effect was known to the ancient Egyptians, Assyrians, Babylonians, Hindus, and Chinese.

Archaeological evidence confirms that sesame is the oldest cultivated oilseed.

In India, more than 4,000 years ago, sesame oil was used, not only in food but also in medicine and cosmetics. In the Ayurvedic tradition, sesame oil takes a special place and is very widely used.

Today, many modern pieces of research confirm its healing properties. Sesame seeds can be used raw, fried, ground, and in the form of oil.

Sesame seed is an allergen!

Now, this isn’t a recipe on how to make homemade toasted sesame oil. The end result will actually have the taste and flavor of toasted sesame oil, but if you have the time and if you like to experiment with various tastes, why don’t give it a try. So, here it goes.

Now, what we’re going to do is toast the light cold-pressed sesame oil.

We will do this by adding cold-pressed sesame oil to the heated wok. When the oil heats up enough, hold it over low heat for a few minutes and turn the wok in a circular motion. Just make sure the temperature is not so high that the oil starts to smoke. You’ll know it’s done when the oil gets dark brown color.

Sesame oil toasted this way should be kept in a well-sealed clean container in the refrigerator for up to a year. Do not use it for baking, but just add a few drops to the dish at the very end of cooking as a spice.

In addition to toasted sesame oil, other aromatic oils can be prepared in this way, such as chili or garlic oil. 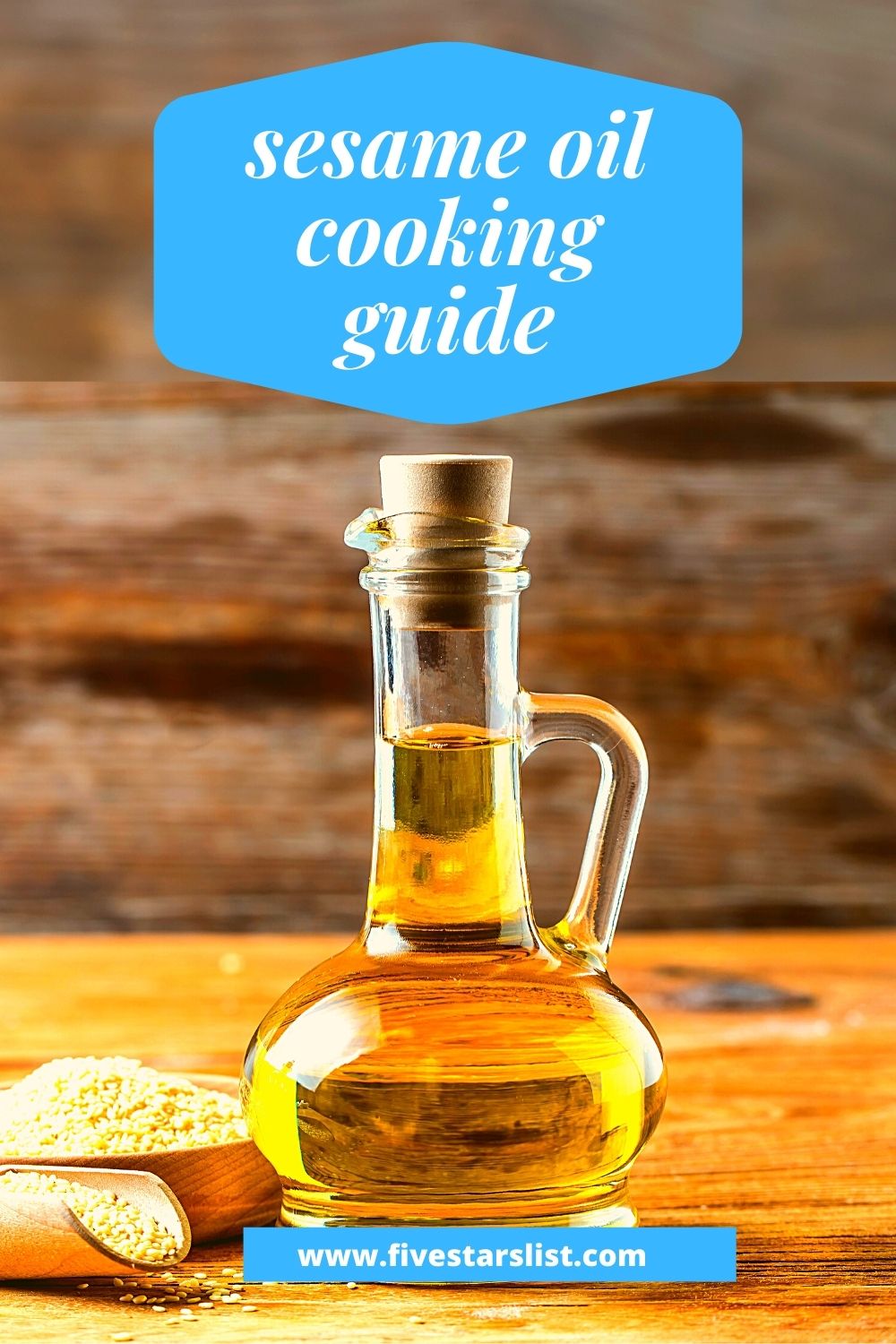 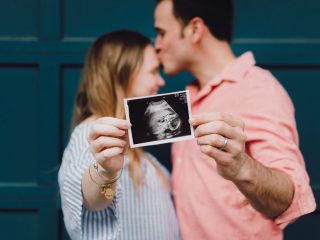 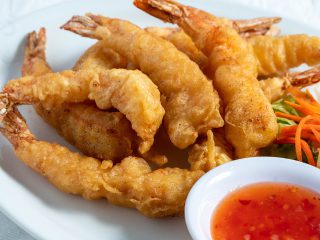 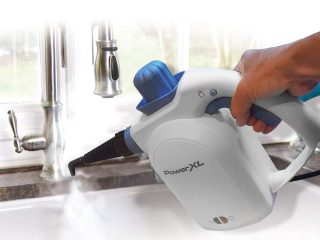 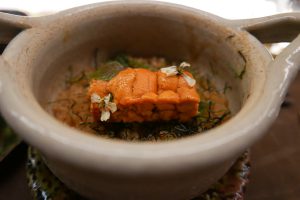 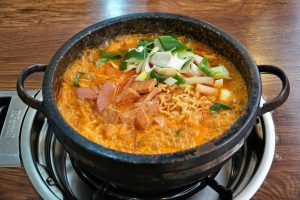 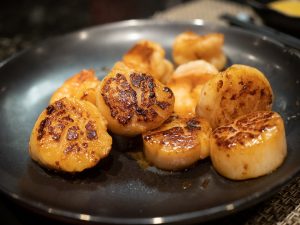 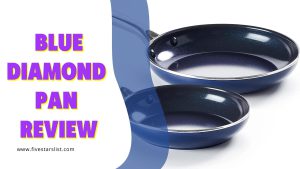 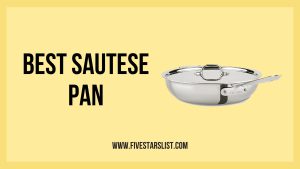