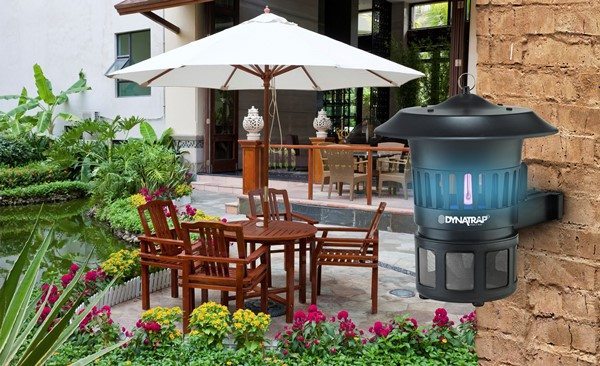 We’ve made a list of 10 most popular mosquito and insect traps on the internet, and hopefully, you’ll find the one that suits you most.

Although it comes with hardware that allows you to hang it anywhere outdoors, you’ll find this device is a lot more effective indoors, or in enclosed spaces.

It’s an electric device, that uses regular 110v outlet, and operates in a way that, simply said, bluffs the mosquitoes. It uses a UV bulb that generates UV rays that mosquitoes just can’t resist. On the other hand, this mosquito trap uses a technology called Titanium Dioxide ( TI02 ) which emits the same amount of Carbon Dioxide as the human body does. The third part of this killer trap is the silent vacuum fan which sucks insects inside the cage, where they dehydrate and die.

Well, it’s not the greatest thing in the universe, but it surely catches mosquitoes, very well. Also, it’s worth mentioning that it’s chemical-free, odor-free, and smoke-free, so the rest is up to you.

This professional mosquito killer, as it’s being called, is a light bulb that attracts mosquitoes and other flies to fly to the grid and then kills them with a 1000 V high power. It’s safe for pets and humans – a sturdy plastic grid keeps kids, pets, and wildlife animals from touching the device directly. It doesn’t use any chemicals, so it’s completely environmentally-friendly. It physically kills mosquitoes and insects in a “natural” way.

The dead flies are kept in a hidden tray, which you’ll need to clean once a week using a brush that comes bundled with this insect trap. It comes with a 1-year warranty that covers any defects made during product delivery and offers you a full refund or a product replacement.

It’s a high-rated product, and it is a pretty and compact bug zapper.

Now, this mosquito trap is almost similar to the previous one, but for still unknown reasons it has a bit lower rating. It also uses soft blue UV light and 1000 V powered electric grid to kill the unwanted mosquitoes, gnats, and other flying insects. It’s very effective and pets and humans safe at the same time. It works without any fumes and odors.

What makes it a bit confusing is that it comes with two labels – “for indoor-only”, and the other which says “for indoor and outdoor”. But, according to technical specifications like 35 square meters coverage area, and above mentioned features, it should work fine outdoors.

Modern design and portability are the main features that first catch the eye. Also, it comes bundled with a micro USB cable, which makes it even more adaptive to the new technologies. It’s a UV light with a fan and a timer, and, guess what – a hidden tray for killed mosquitoes, gnats, fruit flies, and other flying insects. The power plug is not included in the package and the device is not rechargeable. It’s very easy to clean it.

Another thing which makes it different from the previous insect traps on this list is that it is used indoors only, or in enclosed outdoor spaces. It’s not a waterproof device, so the prolonged exposure to humidity might shorten its lifespan.

If you want a modern, quiet, and super sharp looking mosquito killer with a cool blue circle light, this one is for you.

This electric bug zapper is designed for wall mounting or a free-standing which keeps it even more out of reach of children and pets, even accidentally. Annoying insects are killed by the protected high-voltage electric grid, without the use of any chemicals or unnatural substances.

According to technical specifications, its coverage area is 150 square meters, which is a much wider area than in its competitors. It’s not waterproof so make sure it’s not exposed to humidity.

It’s an affordable, yet elegant solution to protect your family and yourself from annoying insects. In short: it does what is supposed to do – kill the mosquitoes.

This is a silent and effective 13W light bulb which attracts insects to the glue board, killing them softly, as the song says. So there is no noise that electric grids usually produce. It comes with two glue boards while additional glue boards are available for sale at a really affordable price, and they are very easy to replace. It can be used anywhere – indoor or outdoor as long as you have a power supply.

It’s not all the great but it does the job. So if you’re not a very demanding person, this mosquito and insect trap is just for you.

This is a multifunctional high-quality solar power lamp but also a mosquito catcher made of stainless steel. Its effective coverage range is 80 square meters, which is a pretty wide area, considering the fact that it uses solar energy unlike other traps on this list that use electric supply. Also, it’s easy and convenient to use.

Yet, it seems it’s not as effective as the electric mosquito traps – solar panel needs direct sunlight. We would make the same notice as for the previous one – if you are not a very demanding person, it might work for you. Also, it’s worth mentioning that they have really good customer service, so, why don’t give it a try.

Micnaron Bug Zapper is a high-rated, low-energy consumption insect trap with a weatherproof timer. It works similarly like the most mosquito and insect traps on this list – using the plastic protected electric grid and UV light. Although the word “indoor” appears multiple times in its name, if you carefully read the description you’ll find out it’s suitable for outdoor spaces as well.

It’s lightweight, compact, and portable; noise-free, and easy to clean. You might find it too bright for you, but you haven’t bought it to stare into it. Its main purpose is to kill the mosquitoes and other flying insects, and it does the job.

In the end, we’ve left two most expensive traps, both from the same manufacturer – Dynatrap. These are the highest-rated, highest-priced, and, according to popularity most powerful electric traps for mosquitoes.

The first one, DynaTrap Insect Trap DT1050, is a UV light bulb coated with Titanium Dioxide which releases Carbon Dioxide and has a coverage range of up to half-acre, which is, you must admit it, a pretty wide area.

This mosquito trap, which works with 110V power outlet, aims to break a mosquitoes’ breeding cycle in up to 6 weeks. To achieve this, it needs to be on 24/7 during the whole high insect season.

The trap comes packaged with 2 extra bulbs and a cleaning brush. The cleaning itself is a simple process – twist and remove the retaining cage, that contains dead insects.

If you ask me, I would buy this mosquito trap!

Now, DynaTrap DT1775 Insect Trap covers even larger areas – up to one acre. Another very powerful feature is Ultra-bright AtraktaGlo light and a nice whisper-quiet fan, which kills the insects.

Works, actually in the same way as the previous DynaTrap product, but seems to be more powerful and more effective. It’s a bit expensive, but you surely won’t experience any issues that might be the problem with other products on this list – if you purchase a defective product, contact the customer service and you’ll get the replacements. In all other aspects, it should work like a charm. 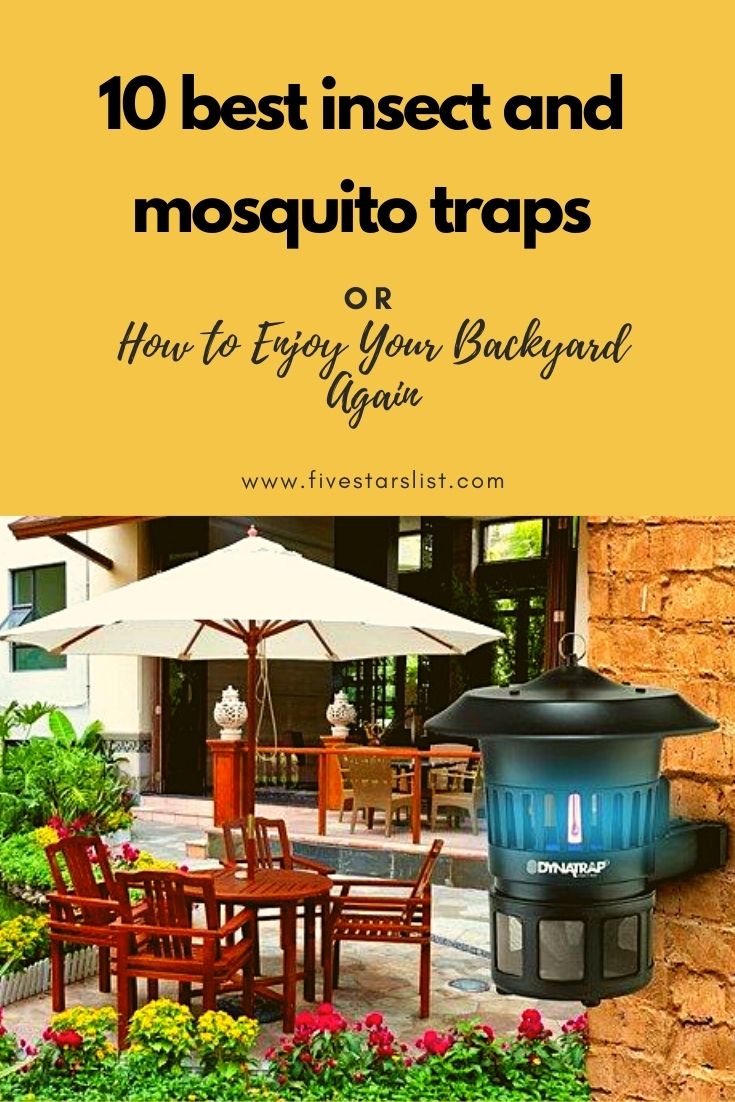 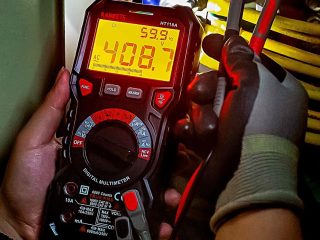 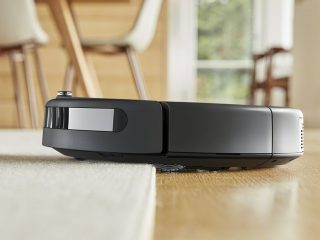 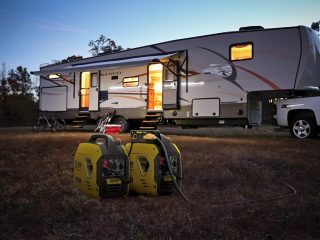 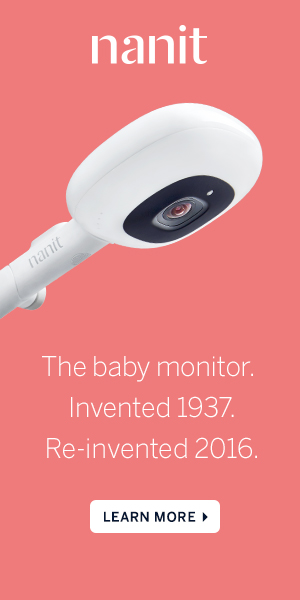 6 Most Accurate Bathroom Scales on the Market